Posted by atlasalice on March 9, 2015 in Published Work |No Comments 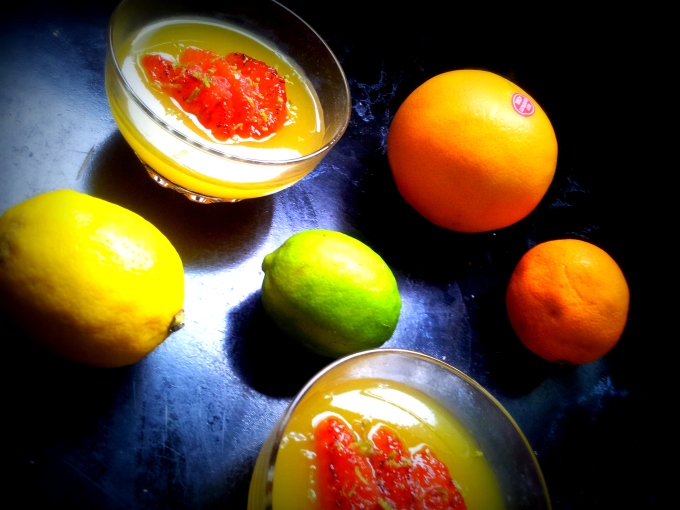 I had a job as a pool boy to a woman who claimed that water made her thirsty. She could only be satisfied with tea and freshly squeezed juices. All summer long, I picked grapefruit and lemons for her and her garbage stank of pulped fruit. I didn’t mind the labor. The yard had all kinds of trees and vines. It was a pleasure to come back with baskets heaped full, my hands smelling of citrus. And she would drawl in her honeyed voice, Why, you’re as hardworking as a farm full of Mexicans.

I knew what she was when I signed up.

She gave me my first blow job and my second and third. She was happy with me because of how quickly I’d come and come and come again. I was just another kind of juice to her.

The last time I saw her, she said she was going on a pilgrimage to Mecca, a grand tour of the East. I received a postcard of desert and a camel. On the other side, she had written “Thirsty,” and that was it. I didn’t see her when she got back, even though I had her keys; I had been watering her plants. It was soon afterward that she had died in a car accident. She was one of those people whom I knew well enough and yet, to this day, I can’t remember her face. When I think of her, I think of sand.

My dad left me a trove of 45s which I listened to, one by one, for the next two years. It became a ritual. I’d come home from work and I’d open a bottle of Chablis. I would shuffle barefoot across my back porch, slip the record from its frail paper liner and set it delicately on the player. Then I would slouch in the swing and swig from the bottle and listen. Sometimes I fell asleep that way, in the cold, in the dark. And I would stumble inside and pass out on my bed, unable to remember the song I’d heard the next day.

When I tell the story about my dad’s collection, I think I’m telling the story of how much I missed my father, how much I hated him, and how I became an alcoholic. But mostly, I’m telling you the story of how all of these secret melodies came to be in my head. My mind is never blank, never clear, no matter how much I try to think of nothing. Always there is a tune, the words, a ukulele strum, and the click of the needle as the song skips and repeats, and skips and repeats.

Mindy Hung‘s essays and articles have appeared in Salon, Bitch, The New York Times, and other fine publications. Her short (often very short) fiction has appeared in Joyland, PANK, and The New Quarterly. She received a New York Foundation for the Arts fiction fellowship in 2010. She contributes occasionally to The Toast. Her debut novel, Trip, was published in 2012 by Outpost19.