Posted by benjwoodard on November 30, 2015 in Published Work, Uncategorized |No Comments 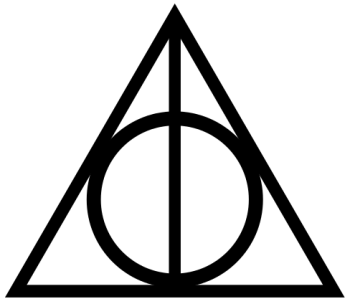 The gods were taking summer back again. Fear blew in through the screen doors at the end of July, that first morning I woke and felt the shudder of a lasting chill, the season turning, mist on the teeming phlox, a new clarity in the air that heralded change.

We were finishing Harry Potter and the Deathly Hallows, the seventh and final book. After more than a year reading Harry, I was dragging it out night after night, a half-chapter at a time, trying to postpone the bitter end, though the girls wanted to race through to the last line in one marathon session.

“Do you guys know that when we finish this book, that’s it, we’re done with Harry?” I asked when they begged me to keep going.

“Then we can watch all the movies!” said Carmen with glee.

“Yeah, Mommy, why do you always get so sad? We can just start over with Book One if we want to.” Ava offered a seven-year-old’s worldview, practical and unafraid of loss.

I surrendered. We nestled into a pillow pile on the king bed and read and read until the end. I wept as I knew I would when Harry walked alone into the Forbidden Forest, invisible beneath his magical cloak, to give himself up to Lord Voldemort for the last time. “I am about to die,” Harry whispered to the shadows, aware of his loud, strong heart beating in his chest.

“Here, Mommy, you have Ducky.” Carmen pressed her grayish rag of a stuffed lovey into my face. “So you can stop crying now.”

“Thanks, Buddy,” I sniffed. I knew the girls didn’t want a quavering, weepy reader recounting the final battle for Hogwarts. They wanted all the British accents done right, as I’d done them all along. They wanted the pacing tight, the thrill of the story resolving, not their mother hijacking the plot with her raw emotions. I steeled myself, took a deep breath, and charged on.

Was this what it was like when Thorin Oakenshield died and my mother finished reading us The Hobbit on the island in Maine? Did she also fight a sense of bereavement at the end of the book, her four children nestled around her? Or did she know we could continue with The Lord of the Rings, that there were other sagas and legends to read after she let this one go?

The day after Harry ended we drove up to the lake, and I rode the current of sleepless elation that often follows composition, a live current that some call mania. Mania, from the moon, from the Latin root “manos,” meaning ecstatic revelation. Something to be cherished when it floods the veins, not disparaged, suppressed, or medicated.

“Mommy, I know which one you’d want,” Carmen called from the back seat, interrupting my reverie.

“Which Hallow. You’d want the Resurrection Stone. So you could bring your Daddy back.”

My younger daughter is not usually perceptive about matters of grief. But Harry Potter has opened a new channel in her almost-six-year-old brain, because she’s made the connection between my crying and my father. She knew that Harry used the Stone in the forest to bring back his parents, vague memory-figures he can’t touch but who talk to him, then accompany him to face his death at the hands of the Dark Lord.

“And then I’d get to meet your Daddy,” said Carmen. “Because I never knew him.”

“But he’d be all shadowy and see-through!” protested Ava. “He wouldn’t really be back.”

“I bet he’d hang Ducky out the window on a piece of string!” Carmen laughed, remembering stories about my dad’s penchant for practical jokes.

“I’d want the Cloak,” said Ava gravely. “So I could be invisible.”

“What would you want, Carmen?” I asked. “The Elder Wand?”

“Yeah, the Wand. Then I could defeat anyone in the world!” My girl uttered a precocious chuckle, warning me again to worry about her adolescence, approaching us like a distant asteroid seven light-years away, its trajectory fixed on our happy naked summer of swimming and ice cream and Harry Potter.

When my father died the first time, I’d just turned eighteen. It was June 21st, the Solstice and my mother’s birthday, an unusually humid afternoon. Dad collapsed on the squash court during a brutal game against his colleague and rival, Professor Bernstein; someone thought it was heat exhaustion and called the paramedics. Lucky he was in the hospital when his heart gave way, in the ICU hooked up to the beeping machines, my mother at his side. When he flat-lined the doctors and nurses descended like a rush of moths, insistent but calm. My mother was ushered out. Rob shocked him once, twice on the chest with the defibrillator and eventually he came back, after a minute, two minutes, three minutes down the starred throat of the universe, three minutes dissolved in white light. He said he was a drop wanting to join a great waterfall, merge with the source of all love. He’d had a choice, like Harry at the end. He told me about it afterwards while I sat by his bed in the blue-aquarium light, his body fed with lines and wires, his face glazed with a strange glow. He’d had a choice. He came back.

I felt angry then in my shock and fear— a child’s anger that he could have even considered leaving us in those lost minutes. The Tibetans believe we make a passage through eight levels of mind in the process of dying: mirage, smoke, fireflies, a candle flame, vivid white-sky mind, vivid red-sky mind, vivid black-sky mind … then clear light. Did my father travel all the way to clear light that June day, or did he pause, stunned at the changing colors of sky? When he left us for good, fourteen years later, Ava kicked in my belly nearly ready to come out and I resisted, denied, went numb at the news. But then I remembered what Dad had said about the waterfall and knew he was safe now even if we weren’t.

The summer Harry ended, we took slow, after-dinner garden tours, freed from the house chores, grazing the red raspberry lanes for dessert. The sweet contentment of family life, always tinged with an edge of agitation. Insects buzzed the leafy paths between the silver queen corn and the rock star pumpkins, and we popped warm sun-golds into our mouths like globes of summer candy. Strange how I could hunger for solitude—my desk, my notebook, my creative privacy—even while I was full of gratitude, for the teeming garden and the loved ones within it.

That particular summer was longer and shorter than other seasons. Time warped around us like warm air over lake-water and for a week in late June when the moon was waxing, I lived in a trance of boundlessness, writing lyrics at dawn to an imaginary lover. By July I knew the purple foxglove would not come back and I mourned its fingertip bells, the cure they promised—digitalis, medicine to heal a failing heart. But the dawn rose climbed its new trellis, and three rows of mammoth sunflowers turned their faces to the light. When I cut a thick stem and slid a sunflower into a vase, it rained yellow pollen all over my hands, staining the skin ochre for some unknown ceremony.

Diana Whitney‘s first book, Wanting It, became an indie bestseller and won the Rubery International Book Award in poetry. Her work has appeared in The Boston Globe, The Rumpus, Salon, The Washington Post, and many more. She is the poetry critic for The San Francisco Chronicle and blogs about the darker side of motherhood for The Huffington Post. A yoga teacher by trade, Diana runs a small studio attached to her Vermont farmhouse.  www.diana-whitney.com