Posted by benjwoodard on January 4, 2016 in Published Work, Uncategorized |6 Comments

The Girl Who Waits for the Superhero 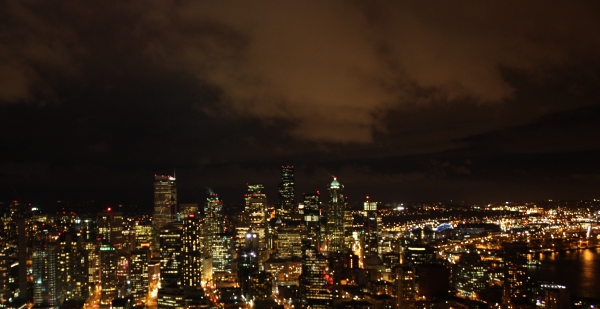 The girl who waits for the superhero stands on a rooftop above the City, high above streetlights and cold blue glows from windows. She’s vertiginous with power. She tells herself she’s waiting on that roof at midnight because the superhero is a source for her article on corruption—an investigation that will expose the City to daylight. But, in reality, she waits for the superhero because she likes the chill undulating on her skin as the masked superhero emerges from shadows and her vulnerability with a man who so easily kills with his twin daishō swords. The superhero’s darkness thrills her.

The girl who waits for the superhero has an old-fashioned alliterative name and she is from a small town far from the City. She left a tragedy behind—a pyramid of shot glasses, the shiver of breaking glass as her passenger flew through a windshield. And so she empathizes with this superhero in the black mask, who must also have some tragedy in his past to fight in the name of good.

The girl who waits for the superhero wears Crimson Danger matte lipstick and has saved for months for Louboutins. Her red soles gleam bright in the wet, murky streets as she runs from the villain; when she’s caught, she drives the spike heels into his flesh. She puts up a good fight but she does not have the skills of the superhero. Not yet. She doesn’t ask what the superhero had to do to save her. That is best to be ignored.

The girl who waits for the superhero doesn’t ask questions when the bleeding superhero climbs into her bedroom at night. She silently applies disinfectant and threads needle through rendered flesh. She blanks her mind. Not thinking is important. If she allows herself to think, she’ll wonder if the superhero enjoys the rivulets of blood flowing from deep cuts and the purple bruises blooming like tropical flowers. Or if he is satisfied as his silver blades slash muscle, his knuckles meet bone. Or worse: she’ll wonder if she would enjoy wielding the swords and causing men to bleed.

Lori Sambol Brody lives in the mountains of Southern California. Her short fiction has been published in Tin House Flash Fridays, New Orleans Review, WhiskeyPaper, alice blue review, Atticus Review, and elsewhere. She can be found on Twitter at @LoriSambolBrody and at lorisambolbrody.wordpress.com.