Posted by benjwoodard on July 9, 2018 in Published Work |2 Comments 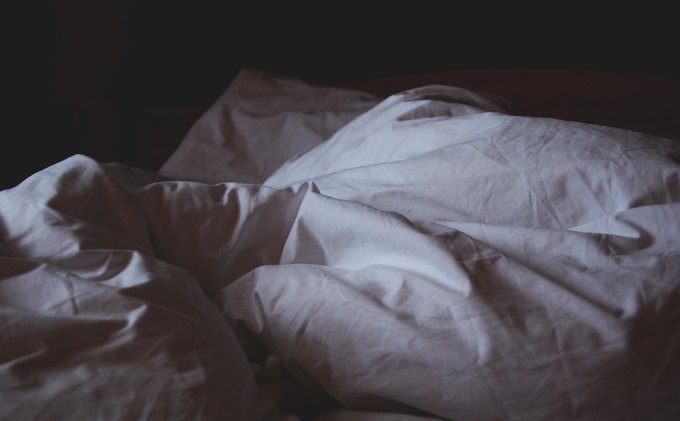 Here you are on your hands and knees again, cleaning shit off the bathroom floor. It’s a messy business, so you strip down until you’re only wearing your boxer shorts and a pair of canary yellow rubber gloves. You pick up the woven blue bath mat, splattered with Jackson Pollack shit stains, and set it aside to throw into the washing machine later. The white tile floor and the white porcelain toilet are easy to clean. Just wipe them down using Soft Scrub with Bleach and a wet sponge.

The hardest part is when the liquid shit leaks down into the hinges of the toilet seat and you have to clean it out of all the tiny creases. In order to clean the hinges, you need to get a screwdriver from the junk drawer in the kitchen and take them apart. Then you rinse off the screws and hinges in the bathroom sink piece by piece. You grab a rag from the cleaning closet and dry them off, then put everything back together.

You once interviewed for a job as an orderly in a hospital in your youth. One of the questions they asked you was how much experience do you have in cleaning up shit. You told the interviewer she would be surprised by how much shit you have to clean up when you work in a bookstore, or any retail business with a public restroom. Sometimes a random stranger will just come in off the street and blow up the whole bathroom, like some sort of domestic terrorist.

When your wife has a terminal illness, she’ll often be taking medication that gives her explosive diarrhea. When she gets up from bed, which isn’t very often at all, it’s only to use the bathroom. A lot of the time, she won’t be able to make it. You pick up her dirty underwear from off the bathroom floor and rinse them under the faucet of the bathtub. The particles of shit get caught in the small holes of the hair catcher and now you have to clean that out too.

Once you’re done cleaning the bathroom, you take off your rubber gloves like a surgeon and toss them into the bucket under the sink. You pull on your pants and t-shirt neatly folded up on the floor outside the bathroom door. Then you walk into the bedroom and lie down on the bed next to your wife. You curl yourself up into the shape of a bean and place yourself in the bean-shaped curve of your wife’s ear. You send sweet whispers down the canal of her ear like paper boats until they drown in the sound of the rain.
.

Eric Andrew Newman lives in Los Angeles with his partner and their dog. He works as an archivist for a nonprofit foundation by day, and as a writer and editor of flash fiction by night. He has previously been named as a finalist for the Robert J. DeMott Short Prose Contest and the Howard Frank Mosher Short Fiction Prize. His writing has appeared or is forthcoming in Ellipsis Zine, Exposition Review, Gargoyle, New Madrid, Pithead Chapel, and Quarter After Eight, among others.