Posted by benjwoodard on December 17, 2018 in Published Work |No Comments 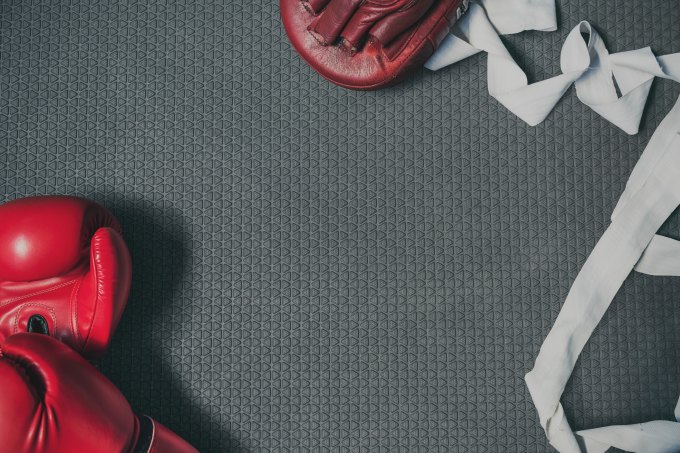 Avoid the why, begin with the how. Description before motivation. As messy as storytelling. Joyce Carol Oates will go on to call him a savior, of sorts, legendary before there is a legend to define him, while a D.C. newspaper, lamenting Mike Tyson’s purchase of a local house, will dismiss him in stark and cruel language: Crazy or tortured, it doesn’t much matter. Alderson, a small cut blooming above his right eye, leans into the clinch, slowing Mike Tyson down, delaying the inevitable end, shortcoming. Years later, Mike Tyson will tell Matt Lauer: If I’m drinking, I think about suicide.

Correlation, this fight. The right and the left. The first and the last. Tyson is a little icebox, announces the sportscaster, rather than a refrigerator. As if metaphor could explain these brute poetics, as if these small fires could singe our wrists. The sportscaster again: Mike Tyson’s neck is approximately the same size of actress Shelley Duvall’s waist. As if this revelation could wash, as if these deluge waters could cover this world. Imagine what flashed behind Richardson’s eyes when he fell: an apocalypse, a striking disclosure. As the architects said: a building under assembly is a ruin in reverse.

Define: a trajectory without an impact. Resonant phantasms, delirious with inchoate clues. A fight won and lost, lost and found. I expect them to be hungry, but I’m hungrier, Mike Tyson says, in celebration and distress. His own aggression defined as elusive: an impact without a trajectory. (The vice, the versa.) The way we bend, the gravity, the words. The need for poetry to overcome barbarity. Elusive trajectories: the roadmap of the ring where there is no road. The squared circle a halo, a haven. An end without end: infinite definition. A window into this good night, this satisfied kingdom.
.

Andrew Rihn is a writer of essays, poems, and scholarly articles. He is the author of several chapbooks, including America Plops and Fizzes (sunnyoutside press) and The Rust Belt MRI (Pudding House). Along with his wife, the writer Donora A. Rihn, he co-authored the chapbooks The Marriage of Heaven and Hell: An Election Cycle (Moria Books/ Locofo Chaps) and The Day of Small Things (Really Serious Literature). Together, they live in Portage Lakes, OH with their two rescue dogs.