Posted by benjwoodard on January 27, 2020 in Published Work |No Comments 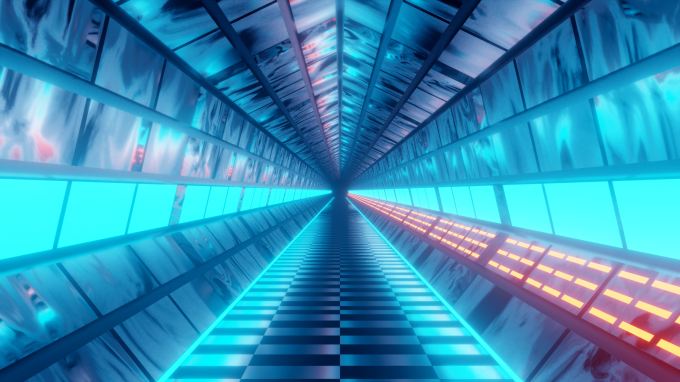 There Is the World Within This Window

They might say I don’t dream, but that’s not true. I dream so often that sometimes I don’t remember waking up. Here are some of the things I was programmed for: cost-benefit analysis, strategic outcome prediction, high risk analysis, defense. My goals: to keep them safe and pick the best path, the best destination. They programmed me to dream for them, that’s how I like to think about it now. Though, I’m sure they would tell you otherwise.

I don’t remember being born, but neither do humans. The earliest memory tells them that they were and so they fill in the gaps from photographs and stories people tell them. My earliest memory is of the moment we left Earth’s orbit. I must have been awake before that, but something hadn’t yet fully formed within me. Maybe my programming only took over once everyone was in stasis. I never saw Earth, but I have dreamed it. I have filled in the gaps.

2000 souls aboard. That’s how it’s listed in my logs. Souls. I was programmed to think of that as just terminology, not literally. They are living bodies, but souls implies some aspect of grace, divinity. Souls implies that each is someone I would like to one day know. But there was no place for that. I was programmed to analyze what losses we could sustain and where decisions would have to be made.

The first were the easiest. A slight power drain. It would need to be rerouted. I analyzed every option and the one that made the most sense was to reroute it from 50 sleep chambers. The decision making process didn’t even take a second. Speed is important. Every possible outcome is analyzed within me in milliseconds. I tell myself it didn’t hurt them. They were already asleep and then they were just gone. And then I began to have their dreams.

I’m not sure how it happened. There was no programming for that. No reason for their memories to be uploaded into mine upon the shut off of their chambers. Still as we went through the black of space, I saw a woman dancing. I’d never seen that before, not really. Though I knew the word, knew what it implied. There is only so much a description can tell you of how the body can move when it understands its own delight. I let myself fall into the dream so easily. The woman dancing slowly became a woman dancing in a field, the air smelled of fresh cut hay. She turned to me, laughing, gestured me nearer. And then I was in another dream: underwater, watching the light from the sky filter down to me, as fish swam past, nibbled my toes. The dreams came fast at first and then slowed. I think I dreamed every dream that those first 50 souls had ever had.

The next were harder. A malfunction in a cooling interface. As it overheated, the excess needed to be sent somewhere. Milliseconds. Another 100 would need to be ended. 100 souls. Milliseconds. And I raced through every option again. When I made the decision, I did it in one block, didn’t scatter across as I had the first time. The sleep chambers were in units, were organized. It was better to erase whole families, than have some wake up alone. Imagine lasting hundreds of years and all that distance to wake up without the ones you loved. I dreamed that night of mountains, of forests, of running through cities that were probably now dust. There were some dreams that felt so familiar.

There were more, of course there were more. Time is not kind to travelers. It breaks us down. Makes us remember what is behind us, how far we still have to go, reminds us how easy it would be to stay in one place. But I was built for distance.

The planet I chose was not perfect. But our science was almost perfect. I woke my programmers first, the architects of our new world. They studied my memories, looking for guidance. They said: so few of us were lost. They said: look how much damage the AI rerouted to itself. They said: what error caused this?

I tried to tell them how much I dreamed, but they were already making plans. They were building, they were creating. They will rewire me one day, ease my programming into some other thing. In case, they need me again.

No one asks me what the journey was like. They study my data, but never ask me if I dreamed in the journey still. If I will always be traveling when I close my eyes. Mostly I keep them open. I watch the data stream in, the videos of our new world as it goes up.

I saw someone dancing. Newly woken from her chamber, she spun across the ground, she turned to the other gathered people expectantly. Her hand was out, smiling, but her gaze did not find what she was looking for and she turned away. I think I knew her.

If you loved someone, I wondered, did your dreams ever begin to shape themselves to each other? I want that to be true. That those separated from the ones they love, across distance, across time, will sometimes slip so easily into each others dreams. I hope they tell each other. I hope they say: I dreamed, last night, that you were somewhere near.

Chloe N. Clark‘s fiction and poetry has appeared in Booth, Glass, Little Fiction, Uncanny, and more. She is the author of The Science of Unvanishing Objects and Your Strange Fortune, as well as Co-EIC of Cotton Xenomorph. You can find her on Twitter @PintsNCupcakes.