Posted by benjwoodard on May 19, 2020 in Published Work |One Comment 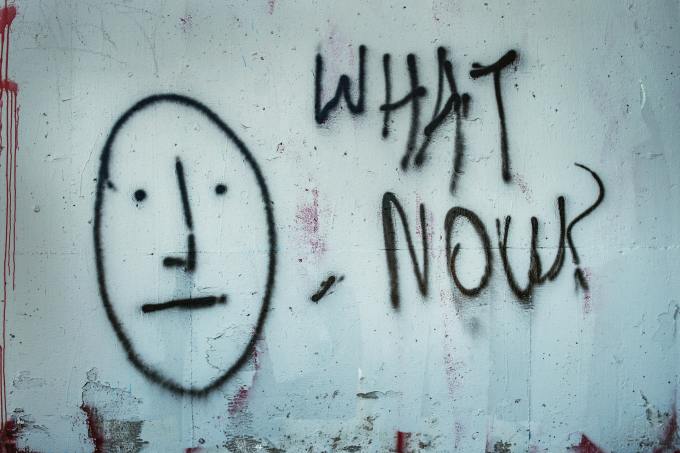 Those were my only priorities on the eve of Pennsylvania’s stay-at-home order.

I stalled on the second one because I wasn’t thinking about the gym rats, the do-it-yourselfers, the millions of Americans working from home, overseeing their kids’ education while squeezing in disrupted fitness routines.

At the time, we still had parks, open air, playgrounds, and ingenuity. We also had N-95 masks, toilet paper, jobs, zero deaths, and leadership talking tough even though the moment for action had passed.

Adjustable dumbbells. That’s all I wanted. Specifically, Bowflex Selecttech dumbbells. Something the family could share but with enough resistance that I didn’t have to lift three Target weights in one hand five hundred times until I felt something.

I didn’t realize I’d missed the chance to jump on the disappearing stockpile of home fitness equipment. I checked all the standard places. Bowflex, Amazon, local sporting goods stores, national fitness suppliers, department stores—all gone. After a week of browsing, refreshing, loading into virtual carts until “Item Out of Stock” appeared, I gave up. Switched my focus. I haven’t been a power lifter for years (OK I’ve never been), but barbells and bumper plates would offer enough versatility.

I started a new search.

Amazon. Sporting goods stores. Local fitness suppliers. Nothing. National fitness suppliers, limited stock. I’d become adept at switching between two or three tabs, a bar from one site, ten pound plates from another, thirty-fives from a third. The list grew. Spring collars? Definitely. What about a floor system? Can’t smash the weights on the basement floor. I had it all set up.

Arrive by June 15. By that time, I’ll have gained twenty pounds and eaten through five boxes of chocolate chip brownies.

This carried on for another week. Consumed my writing time, table conversations, even replaced TV. Work? Depression set in. I’d be living in a dungeon of burpees, push-ups, and pull-ups on my daughter’s Ninja Warrior line.

Then my wife texted me from the other room. Kohl’s.

This couldn’t be real. Only three left. Worth the price of our annual family gym membership? I didn’t care. Name, address, billing. Place order. After the third time, the purchase cleared. Finally, I had a major piece of the quarantine home gym I’d envisioned. Within minutes, I found the matching weight rack on QVC and the adjustable bench.

Goodbye, local gym. Hello, home gym. No more complaining about TV shows while on the treadmill, excessive locker room nakedness, wiping down someone else’s sweat, three competing musics, cropdusters in the free weight area. I went to bed that night at peace. The world was falling apart, but at least I’d have a positive outlet to offset those daily glasses of wine. In 7-10 business days, I’d feel whole again, a sliver of pre-pandemic life restored.

The next morning, I received the email: product no longer available, order cancelled. And so, my search continues.

Greg Oldfield is physical education teacher and coach from the Philadelphia area. His stories have appeared in Hobart, Carve, Barrelhouse, and Maudlin House, among others. He also writes about soccer for the Florida Cup and rambles about the game on Twitter under @GregOldfield21.