Posted by benjwoodard on August 31, 2020 in Uncategorized |One Comment 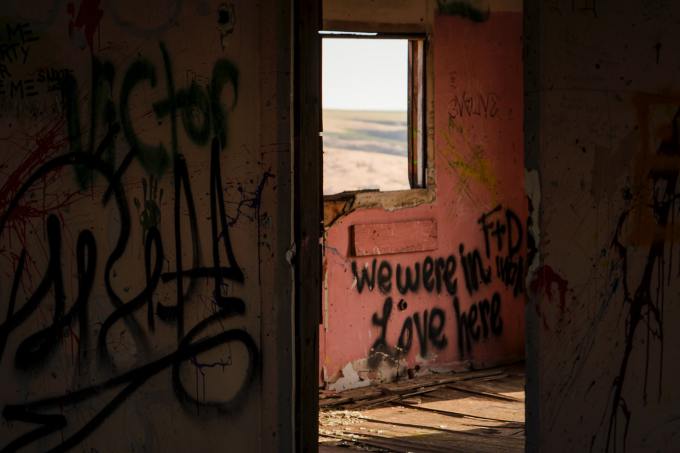 I realize I am a serial monogamist.

Sautéing yellow onions in my mother’s home, a moment breaks open in the way moments do—senselessly.

Do I actually want to be married?

The voice seemingly crawls out of some pit or another, perhaps coaxed into the foremeats of my brain by the familiar smell of onions cooking, a smell that has served as the olfactory foyer of this home that I’ve settled into and away from and into again in this weird fog they call early adulthood, where home is neither here nor there but wherever the reusable grocery bag containing my favorite jeans, not enough underwear, and antidepressant medication happens to be that particular night.

Here are some facts:

I dated a man a few years ago who made a living chopping and frying various foodstuffs, including onions, at the Chipotle Mexican Grill in Clifton Park, New York.

He had remarkably veiny forearms that I would trace with my pointer finger while we talked on the buckled-in sofa before bed (though we always slept in separate rooms—physical closeness freaks me out, he explained once, and after that I just never brought it up again).

One day I noticed little raw-looking blips that wound up and around his wrists, a constellation of kidney-shaped wounds.

From the beans, he said casually.

I say man because Chipotle boyfriend was nearly thirty and I was barely eighteen. I say ‘did not like’ because she knew he couldn’t keep a job, and he wasn’t a ‘warm person,’ which she evaluated with her somewhat mystical and ever-accurate Man Radar.

Regardless of her warnings, I was entirely enamored.

I loved the way he wore his Chipotle t-shirt even when he wasn’t working, the videos and recordings he sent me of his didgeridoo jingles or the tiny rubber hands he attached to varying inanimate objects, the way he freaked out my family and friends so much that I felt unusually perceptive for truly seeing him.

I loved his art even when it wasn’t art, even when he didn’t believe in mine (or even bother to read it).

I loved his dead brother.

The fact that his mother lived in a dusty rectory, the way he adjusted his glasses, the way his old van smelled after it rained.

I loved giving him space just to prove that I could.

I loved listening without saying a word.

There is such a strange woundedness in reticence—the tendency to empty oneself for another.

I don’t know why you believe in me so much, he said.

I didn’t know either, but I did, and, for an entire year of my life, I planned nothing for my future or myself aside from my hypothetical marriage to this man.

This was my plan:

1. We wouldn’t have a television.

2. We would make up our own recipes, record eclectic music together, & have a bay window that nestles into the woods and looks more like an enchanted screensaver than a real backyard.

3. We would get a cat named Taco and have two children, likely not named Taco, though one of us would jokingly suggest it from time to time.

4. We would go swing dancing and attend church and he would change my oil and tell me to stop drinking so much coffee and I would champion his dreams of animation and support us both on a lowly teacher’s salary and at night we would retire to our separate beds on either end of the house and dream lovely dreams of one another only to

5. meet again over waffles and cheese the next morning.

Ah, pathetic, isn’t it, to love so much that love takes on an entire unlived reason.

I know the diamond ring by name, by serial number. Imogen, fourteen karat rose gold. Ethically sourced. A large oval center gem, with three diamonds on either side, set in the kind of gold that looks pink. I have it bookmarked.

It’s noted to be “subtle and eye-catching.”

My mother is allergic to metals. She cannot wear a wedding ring, or any jewelry for that matter. When I was eleven, three years after my parents’ separation, I dug through the ornate jewelry box she kept atop her dresser, which is part of the bedroom set she purchased with her first ever paycheck at twenty-two. I found a pair of white diamond earrings kept in a little tortoiseshell box labeled WEDDING.

I wore them to school, the day we had to run the mile in gym class, the diamonds gleaming in contrast with my lime green gym shorts and knobby, unshaved, ambiguously bruised knees.

Lately, I’ve realized my whole life has been kept this way, preserved in an unassuming box. Lying in wait, running the miles of daily life with the hope of love balanced delicately on my earlobes.

My maternal grandparents met in the sixties at Kent State, at a Columbus branch NASA party where my grandfather worked as the projects manager after receiving his PhD in Physics. My grandmother, a tried and true Midwestern girl, majored in English and dreamt of publishing short stories and plays.

They fell in love so quickly that my grandmother never had an asset of her own—never a credit score or bank account—in fact, she couldn’t purchase something on her own even if she wanted to.

She was whimsical, shy, and creative, and he was brilliant, sincere, and logical.

She never published or had a job after they married.

She raised four children and they raised children and now we all sit around and contemplate the ethics of raising our own, and when my grandfather died she looked so empty the hollowness surrounded her, and there is nothing more terrifying or compelling than the thought of a life lived completely in the orbit of somebody else, which is a thought of its own, the Marriage Thought, something so grand, to say that yes, I am truly the only person I will know my whole life, and yet I will choose to live in broken conjunction with another human, to the point that the inevitable separation undoes me just so, and I will somehow continue, or perhaps I will not, and every day millions of people will choose this again and again and again.

Recently, at the smoke-laden bar, across the booth from a friend of mine, I find myself, somehow, three whiskeys in and speaking without much forethought.

“I am literally always in love,” I spit out, the cherry stem peeking from between my incisors, and the cloud of cigar smoke swallows my words before I have a chance to consider them too deeply.

The latest one was supposed to be a glittering example of generational balance, of maturity. We did the right things. We built a friendship over years, held hands at the proper times, shared food at restaurants.

He was supportive, logical, and careful, with an incredibly flat affect. Seeking a professional degree in physics.

He told me from the beginning that our differences scared him—I am too spontaneous, maybe a bit too wrapped up in my desire for meaning and passion, a few too many yards past wild. He was concerned that I would find some artist or writer and run away with them, realizing I had been held back.

I knew I wasn’t **in love** in the purely emotional, primal sense, but I also tried to convince myself that being “in love” is too all-consuming to be healthy, so a deep sense of safety, care, and comfort can work just as well, with the added benefit of some remnant of hope for healing if things go south.

Despite all the hesitation, I was convinced I had to have it right this time. I brought him to meet my family. While I danced around the living room he tried to fix my grandmother’s refrigerator. When I cried he held me and told me that, scientifically, I won’t be feeling this way for too long.

When I loved, he loved back with a certain steadiness that I assured myself was inherited.

My mother never dated again after her divorce.

After I was broken up with in the park where my father remarried long ago, the park where my bean-scarred Chipotle boyfriend and I laid out in the summer years ago looking at the stars, I cuddled up next to my mother, like I always do when I find myself alone and terrified, with my tears staining her shirt in bright, embarrassing splotches.

“You can do this alone, baby muffin,” she said, and she meant it, her fingers running through my hair, the hair that is thin like hers, next to the eyes that are shaped like hers, with the kind of austerity and poise that I find myself ever-scrambling to possess.

Right now, the reusable grocery bag (still not enough underwear) is in my sister’s tiny apartment in Harrisburg, Pennsylvania, where I am sleeping on the floor while I attempt to grieve and get myself back together again.

Yesterday, we put together a kitchen table and ate fried chicken sandwiches from a local restaurant. I used her sulfate-free shampoo, which makes my hair look really greasy. Today we went for a walk. We sit, writing, in separate rooms. I am trying to do this. I am trying so hard that it’s uninteresting. Pathetic, perhaps. My mind is sore from absorbing millions of iotas of information. There are layers of personal, national, and global crises that form the fucking ridiculously moldy fucking Onion of human existence. Everyone is hurting right now. Yesterday I longed to drive directly into a tree just to avoid my fear of the future, but what stopped me was thinking about the cost of car insurance.

But beneath the layers, there are facts to cling to, and there is, as some may say, hope.

1. My sister is dating someone she loves, whom she met in a random bar during a random happy hour.

2. My sister has been heartbroken before. She is fine.

3. My mother has been heartbroken before. She is fine.

4. My grandmother has been heartbroken before, perhaps in the biggest way. She, too, is fine.

5. Talking to my sister, she reminds me that to have loved well means to hurt well. That to hurt well does not necessarily mean something was bad or all wrong—just not entirely right.

6. You will find a balance between completely strange and unavailable (Chiptole boyfriend) and too serious and logical (physics boyfriend), she tells me, but you will need yourself first and foremost.

7. Perhaps the Onion Moment means something, maybe that I didn’t want to marry my last boyfriend specifically, or that I don’t want to at all, or I want it more than anything and I am projecting my fears of loss and abandonment onto an allium.

8. Regardless, things continue in the way that they do.

9. There is a possibility of being in love without being consumed by it.

11. I’m cute and fun and caring (during normal times; this will be my grace period).

grace (ge) gilbert‘s recent poetics & lyric essays can/will be found in the Adroit Journal, Ninth Letter, the minnesota review, Gargoyle Magazine, the Penn Review, Anomaly Literary Journal, Pretty Owl Poetry, Maudlin House & Twyckenham Notes among others. She is an emerging poet laureate of Allegheny County, PA, and a finalist in the 2019 Adroit Prizes. She is an MFA candidate at the University of Pittsburgh where she consumes unholy amounts of cheese and dumplings.