Posted by benjwoodard on August 25, 2022 in Published Work |No Comments 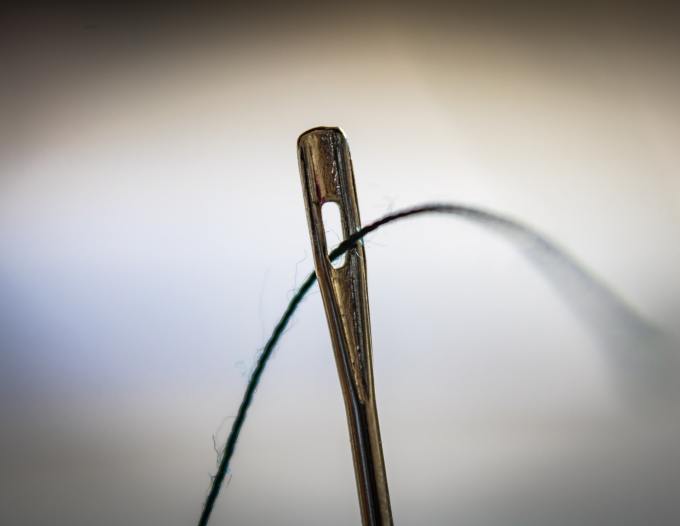 People bring her their corpses, kills and companions both, and she resurrects them with borax and cotton wool. Her small, careful hands are suited for the work. Her incisions are clean and her stitches are neat. She creates life where before there was none.

A hundred sets of eyes watch her as she works, each pair as blank and glassy as her own. She always keeps her scalpels clean.

(To begin, make a deep cut down the animal’s back. Remove the skin in a single flourish, like a parlour trick.)

(Take care when preserving the fur. If done improperly there may be insect infestations. They will feast on your dearly departed like moths eat through wool.)

(Make a skeleton out of wire. This is as hard as it sounds.)

(The rest you will have to learn for yourself.)

The taxidermist does not discard her carcasses. She picks out the choicest morsels, the liver and lungs and heart, and feeds them to her black cat. If she is preparing a cat, she leaves the offal out for the crows. She does not want to facilitate cannibalism.

It does not occur to her that some clients may not look kindly upon this dismemberment. Beloved pet or no, she cannot abide waste.

There is a single window in her workroom, filmed with the dust of dead things, and a garden beyond it.

The gardener is too tall, her callouses too hard, her skin too rough, to be considered beautiful. But each day the taxidermist watches her as she turns the soil, as she lays the seeds in their velvet beds, as she prunes the dead branches away to make room for new life, and she finds beauty there.

She begins to save the bones. They have no purpose now, replaced as they are with cunning coils of metal, and the waste never sat right with her. She boils and bakes them until they are clean and dry, then grinds them down to powder. One morning she presents them to the gardener.

“For the roses,” she says. And that is the beginning of it.

Her business is death. She knows nothing of chlorophyll and vitamin D, of how sunlight can be food and serotonin both. The fire has always kept her workroom warm.

She can strip flesh with acetone and can dry a pelt with cornflour, and once this knowledge was enough for her.

The gardener makes a pile of dry branches and cannot bring herself to burn them. They are a puzzle now, a cryptogram waiting to be solved. She could stare for an hour and not fathom it.

She has watched through the clouded window. The taxidermist conjures life from dead things as easily as breathing. Why can she not do the same?

There is no cotton in the garden. In the autumn she gathers the soft remnants of clematis and rosebay willowherb, filling a muslin bag over weeks and days. When it is overflowing she leaves it on the doorstep with a note.

“For your stuffing,” it says. And that, too, is a beginning.

They circle one another. Slowly, like a poplar seed floating through the air, caught for good luck. Small words, small offerings.

The taxidermist finds a fresh-killed rabbit by the roadside, and turns its skin into gloves of soft leather. She leaves them on the doorstep so the gardener might no longer feel the bite of thorns.

The gardener cultivates plump tomatoes all through the summer, and she sets a punnet on the windowsill each Friday of the season. The taxidermist is pale and bird-boned, she thinks, too thin.

Winter arrives early, like an inconsiderate houseguest. One morning the taxidermist wakes to find the world stiff and rimed with hoarfrost, each blade of grass and ragged leaf petrified by the cold, and she knows the gardener will not come today. She will not come again before impossibly distant spring.

The taxidermist has known grief. For months after her husband passed she wore his absence like a veil, the lack of him shrouding her eyes. This grief is a living thing, many-legged and squirming in her belly. It rots and propagates at the core of her.

She has a roe deer to prepare today, but she cannot make it look right. Its skin lays oddly over its wire bones, glass eyes more lifeless than their predecessors were in death. The carcass hunches on her workshop table, one hoof lifted as though preparing to flee. After several hours of work the taxidermist cannot bear to look at it any longer. She covers it with a sheet and returns to bed.

The knock at the door comes with the dying light. Shawls and blankets weigh down the shoulders of the taxidermist as she walks the short length of the room, her breath clouding the air. She feels decades older than her years.

The drop in temperature has warped the wood of the lintel, and it takes her a moment to wrench open the door. It is dark, and snow is falling, and the dim glow of the fire does little to illuminate her visitor. This does not matter. She would know her anywhere. She would know her if her eyes were plucked from her skull and the sockets scraped clean, would know her through copper mesh and twin spheres of glass.

“Come in,” she says. It is end and beginning both.

Later, when the snow has gathered in drifts against the clouded windowpane, the gardener runs her calloused palm across the taxidermist’s ribcage.

The taxidermist leans up on her elbows, frees a sweat-soaked lock of hair from the gardener’s cheek. “Do what?”

“Like you do for the animals,” she says. “Make me live forever.”

“You think that is living forever?”

The taxidermist shakes her head. “Only a different sort of dead.” She lays back against the pillows, stares up at the cracked plaster of the ceiling. “Bury me in the garden, when I die. Let the worms and the moles make a feast of me. Plant a rosebush on my belly so I might feed the roots. That is how you live forever.”

“Everything in the garden dies eventually.”

“Nothing in this house lives to begin with.”

“Except for us,” the gardener says.

“Yes.” The taxidermist smiles. The fine muscles of her face ache, remembering the small motion. “Except for us.”

A hundred sets of eyes are sleeping now. Outside the snow has laid its mantle, holding the land in tableau. The clever hearts of dormice hardly beat at all. It is a small death. It will not last.
.

.
Lauren O’Donoghue is a writer and community worker based in South Yorkshire. She is currently a member of the Creative Writing MA programme at Sheffield Hallam University. Her short fiction has recently been published in Planet Scumm magazine and the Cranked Anvil Short Story anthology.